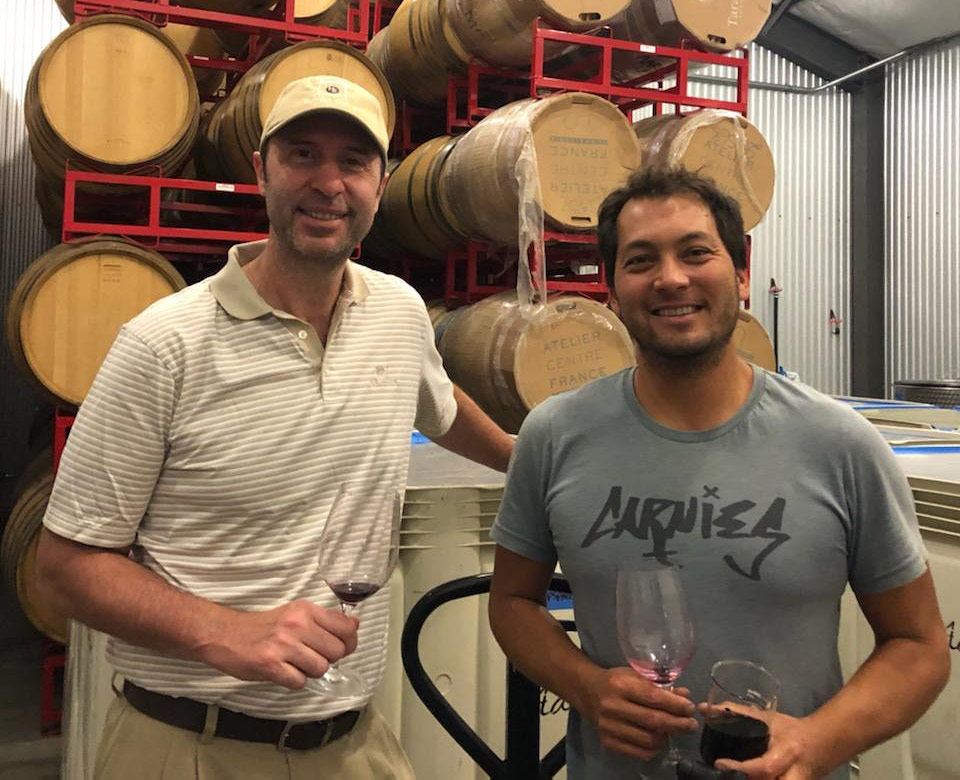 A Central Coast native, Aaron Jackson began his winemaking career in the cellars and vineyards near his hometown of Cayucos California. He spent his early career working with several wineries around Paso Robles including Four Vines, ONX, and Saxum. He earned his Wine and Viticulture degree from CAl Poly San Luis Obispo, and spent a year in Australia, where he earned a Master's degree in Oenology from the University of Adelaide in South Australia.   Ultimately he launched his own label, Aaron Wines in 2002. That same year he released his flagship Petite Sirah. He added his newest label Aequorea in 2012.His passion for both the vineyards he sources grapes from as well as the winemaking process is unparalleled in the Central Coast region. His winery resides in Tin City, Paso Robles, where you can try any of his wines by appointment.